Welcome to Wk 8.  I was recently reading an article by Maggie Dent on The three c’s – connection, calmness and cohesion as being key to our children’s recovery after disruptive times such as these.

Connection – good teaching and learning begins with relationships.  Rebuilding familiar routines and rituals is important.  Even though drop offs are different, there are new cleaning routines and procedures, our brains love predictability and it wants to relate to a new sense of normal so it can relax a little.

Calmness – when we are stressed we are more likely to be reactive in our responses – perhaps a bit angrier, use a loud voice, get upset quickly etc.  Brain breaks at school – movement breaks, deep slow breathing, music and dance breaks are all positive ways that we are instilling a sense of calm.

“Every child, parent and teacher is navigating this journey differently. Some have thrived learning in isolation, while others found it really difficult. Let’s be honest, everyone has been doing the best they can. Now is the time to gather together in communities to support our schools, especially as we take each day as best we can.”

Have a great week.

It was wonderful to have the opportunity to work with Bernadette Scott from Catholic Education today. Bernadette is the Religious Education and Faith Formation Officer assigned to work with schools in our area.

A new Religion Curriculum is being phased into all Catholic Schools in the Canberra-Goulburn Diocese. This will be an Inquiry based program and teachers will be able to integrate Religious Education into a range of other curriculum areas such as History, Creative Arts and Literacy.

The new curriculum is being gradually phased in, with some Canberra schools currently running pilot programs. Staff from St Joseph’s will receive further training in term 3 to support us to write, develop and integrate units into our programs.

Collaboratively we created an Action Plan to determine the focus for the Religious Life of the school and the steps I can take as the RE Leader to further develop the teachers’ knowledge and skills. Bernadette also shared a range of resources that will be wonderful to use in Sacramental Programs. 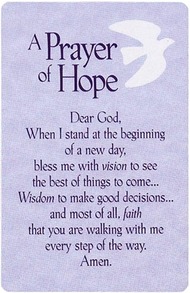 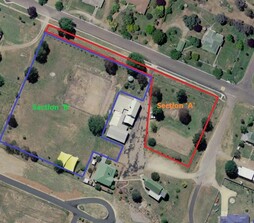 Monday 20th July, staff will be attending a Spirituality Day.

If you would like an enrolment packs sent home, please contact the office. Dates for Open days, Orientation and Information sessions will be scheduled very soon.

Jobs required are weeding, pruning, cleaning gutters and general maintenance.  We look forward to seeing everyone there.

Parent/Teacher Interviews will be held in Week 10.

This year we will be using Session Keeper which is an online booking system.  Details for booking and a link will be forwarded out via email tomorrow.  Parents will logon and select an available time to meet with their child/ren's teacher.

Congratulations to our students who received awards in Week 7.

Due to Covid 19 we are unable to hold a school assembly, however I am planning to record each performance for you and you will be able to view your child’s group through a Google app.

Students have been bringing in costumes for their dance. Following is an outline of what students will wear:

Sorry if there has been any confusion, hopefully all is clear now.

We are eagerly awaiting next Wednesday when the winners of the national Write4Fun competition are announced. Hugh Reynolds entered a story called “The Pass to Dan-ma Ru” that had to be 500 words or under and has been notified that he has made it through to the final round of judging. Congratulations and Good Luck Hugh!

The Pass to Dan-ma Ru

Bracing himself against the torrent of icy wind that rushed towards him, down the narrow pass, the small, lone figure prepared himself for the challenge ahead. Wei’s heart pounded in his chest. He remembered his father's words as if it was yesterday.

Dan-ma Ru was somewhere in those mountains, his home was there. Wei began the trek, sticking to the path. He tasted his frigid lips and trembled in the cold. He noticed the jagged rocks on either side of him, growing more frozen and menacing, as he ventured on. Danger hung like mist in these mountains. Every noise echoed a threat to him. But Wei kept his pace. In the distance wolves howled a deadly chorus, which echoed throughout the mountains. Wei noticed the vegetation growing more sparse, in juts of stone. He was getting higher into the sky, and he felt his body shiver violently. The boy sat down and looked about, his gloves were covered with frost, oh how he wished he was sitting in front of a wood fire.

Wei awoke covered in snow, the charred remains of his fire smoked wearily, it’s puffs getting smaller and smaller as if it was falling into a slumber. He had fallen asleep the day before and his body was engulfed in ice. Wei took out his measly breakfast. It consisted of a slice of bread, turnip and pork. He gulped it down, famished and continued upward feeling debilitated and numb with cold.

Wei’s joints ached from the glacial weather and he sniffed at his freezing snot. He thirstily picked up a handful of ice and sucked at it to keep him hydrated. Wei was scared as a more closer pack of wolves howled in the rocky pass. The path suddenly frightened, stopped. Wei reminded himself that Dan-ma Ru would be close, he could feel it. His imagination soared as he pictured it’s golden gates and people awaiting for his arrival. Another cluster of fierce howling broke his concentration, he had to be more wary from now on, he decided. Wei followed an almost frozen stream determined to continue. His legs screamed at him to rest, Wei tried ignoring it but he gave in and rested. So he sat down to start a fire when all of a sudden a pack of howling wolves raced down the side of one of the cliffs. He kept trying to light his fire. The wolves were advancing toward him, then the alpha leaped for him. In a flash, Wei’s torch ignited and Wei fought the wolf off with the glaring light. Another leaped at him, and he fought it off with the torch. All of a sudden Wei slipped and fell into the icy stream. Afterwards he saw nothing.

Wei lay frozen, dying beside the stream. Golden gates ahead opened and their inhabitants came out, and took him into the city walls. Wei was home, in Dan-ma Ru at last.

Read More
If you are concerned about your child/ren well-being I can be contacted on lucinda.clay@cg.catholic.edu.au
Many blessings
Lucinda Clay
Student Welfare Officer 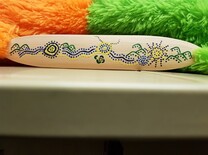 Due to Covid restrictions the NAIDOC Mass will be different to other years. Each school has been asked to paint a Message Stick which will be used to decorate a special cross. This cross will be a central part of the 2020 Archdiocese NAIDOC Mass.

Traditionally, Message Sticks were passed between different clans and language groups to establish information and transmit messages. They were often used to invite neighbouring groups to corroborees, initiation ceremonies, right of entry to country and invitation to religious rituals.

NSW and ACT schools have been asked to decorate a message stick. At St Joseph’s, Leanne Turnbull has kindly decorated our message stick for inclusion on the NAIDOC Cross. Adelong means ‘along the way’. The message on the stick represents family groups travelling to traditional meeting places in the mountains and resting along the way in Adelong

10am Mass has resumed. There will be a sign in / sign out book and hand sanitiser available. 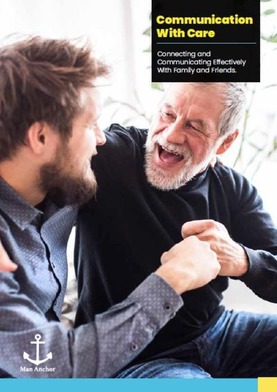