A wet and cold Week 8 at St Joseph’s!  Due to the inclement weather the Western Region Athletics carnival has been postponed.  The new date is Wednesday 14 July (Week 1).

Just a reminder about the Tell them from me survey – the link has been in the newsletter and has been emailed out to all families.  It closes tomorrow – Friday 11 June, and it would be fantastic if every family could complete it.  Staff and children from Years 4 – 6 will also complete the survey.  It is always important to find out areas of strength at St Joseph’s and what areas we can improve. 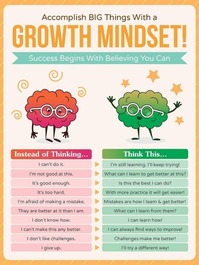 Our Principals award this week is for a growth mindset.

It is fantastic that the students know that sometimes we need to keep on trying if we don’t get things right the first time.  We learn from our mistakes and the greatest learning takes place when we have challenged ourselves.

Have a great week.

Confirmation:  Please keep Tom and Ainslie in your prayers as they prepare to make the Sacrament of Confirmation. The candidates enjoyed a Parish Retreat Day on Tuesday and will make the Sacrament on Thursday 17th June at 6.oopm at the Church of the Immaculate Conception in Tumut. The students have been learning about the gifts of the Holy Spirit as well as the qualities of their chosen Saint.

Winter Appeal: On Thursday 24th June, St Joseph’s will be holding a Winter Appeal to support the St Vincent De Paul Society. The Vinnies Winter Appeal provides emergency relief to people at risk and experiencing homelessness. Your donation and support will help ensure that families at risk of homelessness get the financial and emotional support they need to keep themselves and their children safe.

Particularly in these colder months Vinnies would appreciate donations of:

These donations then go directly to people in need in our community or sold at the Vinnies Centre to generate funds for other forms of assistance like case management and assistance with utility bills.

Students are invited to wear a warm winter beanie or scarf (still wear their school uniform) on Thursday 24th and bring along a donation to support the Winter Appeal.

In the midst of Winter, when the days are cold and wind can pierce,

remind us of the warmth of your love.

In the midst of Winter, when days are short, dawn comes late, and dusk arrives early,

remind us that in the darkness your light still shines.

In the midst of Winter, when the flowers of spring still lie hidden in the earth, when leaves are off the trees, and the world can seem bleak,

remind us that Spring is but a short time away.

And when in our lives we feel as if we are experiencing a season of Winter, reach out to us with the power of your resurrection so that we may feel the warmth of your love and see your light that alone can take away the darkness of our soul. 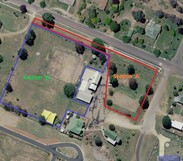 Fees due at by end of Term 2

If you wish to discuss your fees please contact Mrs Beavan

Pupil free day first day back Monday 12th July – all staff will be attending our Staff Spirituality day and will be joining with staff from St Patricks and McAuley.

Teachers are busy completing assessments and writing reports.  Reports will be sent out to parents in the last week of school this term and parent/teacher interviews will be held early in Term 3.  This is a great opportunity to gain further insight into your child’s progress and to discuss with your child’s teacher areas of strength and areas for improvement.

Yr 6 children are invited to attend an Orientation day at McAuley on Friday 18th June 9am-3:15pm and a Parent Information night on Tuesday 15th June from 6pm-7pm to gain further information regarding McAuley Catholic Central School and all that it has to offer.

If anyone has any queries, please contact David Turnbull at the school on 6947 2000 or email david.turnbull@cg.catholic.edu.au

Please ensure your child/ren have a warm school jumper or jacket with them at school, we are encouraging students to put their jumpers/jackets on when they are heading outdoors.  If you could please make sure they also have their name on them.

Students from our Yr 4/5/6 class wrote recounts in class after the Athletics Carnival in Tumut, we thought we would share some of them:

It was a frosty, sunny morning and we were pulling up in the bus at the Bull Paddock for our Athletics Carnival. We had all the track events and there were lots of impressive results from all the events.

In the Long Jump Toby Roots got the best jump in the school. The senior boys got some outstanding results with the 100m, Harry got first followed by Nate and then Charlie.  In the intermediate 100m boys Arthur was first then Toby and then Preston. Then we had  the junior boys 100m race, and Fred won then Sam and followed by Henry.

Our Athletics Carnival was a great success and lots of fun. We all enjoyed track and field events. The next level, Western Region, will be held at the Bull Paddock in Tumut on friday next week.  Thank you for all your support and thank you to the McAuley kids for helping us measure and time.

Three days ago on Monday, the whole school travelled to Tumut to the Bull Paddock for the Athletics Carnival.  We all competed in many events including the track events, shot put, discus and long jump.  K/1 played many games such as the egg and spoon race, sack race and they competed in a 70m race boys and girls and it was great!  The highlights of the day was the 100m in which the seniors Harry Pearce and Nate Annetts were very close, as well as the 100m intermediate boys Arthur Roche and Toby Roots but Arthur just won it was very close, but in the juniors Sam and Fred had a very close race. But the main event of the day was the discus for Lochie Roots who threw a massive 14.14m. We thank the parents and grandparents who cheered our little champions on as they competed throughout the day. And we thank teachers, parents and some McAuley kids for timing and helping us get through the day. We all had a great day and it was a blast!

As the excited children hopped off the bus, thrilled chatter echoed around the students of St Josephs. The teachers set up the shade sails and the kids had their fruit break, then the track events commenced. All of the students had lots of fun competing and pushing themselves to the limits. The races kicked off with the Open Boys 800m. Even though all the boys were puffed at the end, they had lots of fun. Then the girls had their 800m, and they were also very puffed. The girls collapsed over the finish line with Alice MacDougall coming first, followed by Lily Pearce and Culley Reynolds.  Kruz Annetts came first in the 70m 6-7 year old boys.  Bonnie Reynolds came first in the 6-7 year old girls winning a glorious victory over Eva Corbett, Sidonie Leake and Isabella Bowden. Harry Pearce had an outstanding effort towards the sprints winning first place over Nate Annetts and Charlie MacDougall.

Then the field events started. All the kids joined in with Discus, Shot Put and Long Jump. The children had a whole lot of fun and they all had a good competition. They all loved doing all the field events. To end the day, we had a fun relay and everyone had a great time and I’m sure that they will all want to do it next year. We need to say a huge thank you to the McAuley children who gladly gave up their time to help us with timing our races and measuring field events. We also have to say thank you to the teachers and parents who cheered us on from the sidelines and organised the whole day.

Congratulations to our Athletics Age Champions & Runners Up 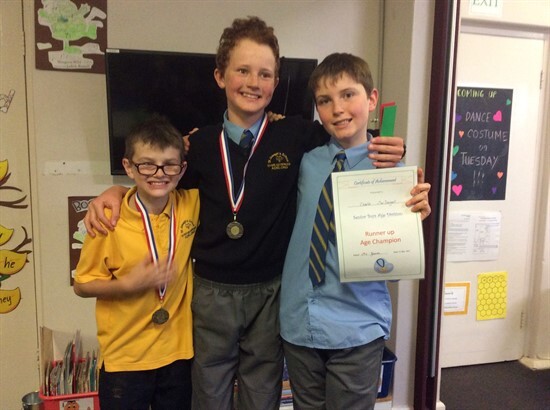 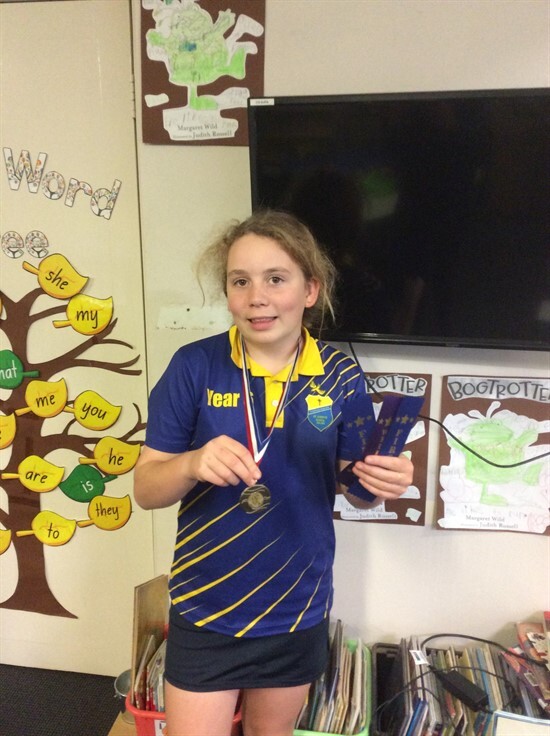 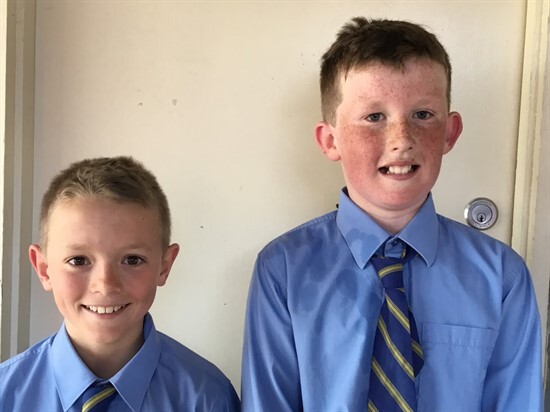 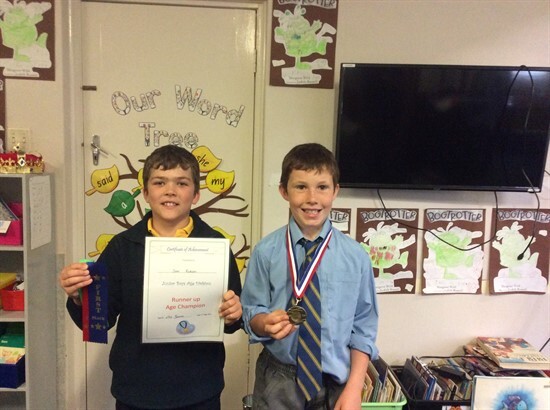 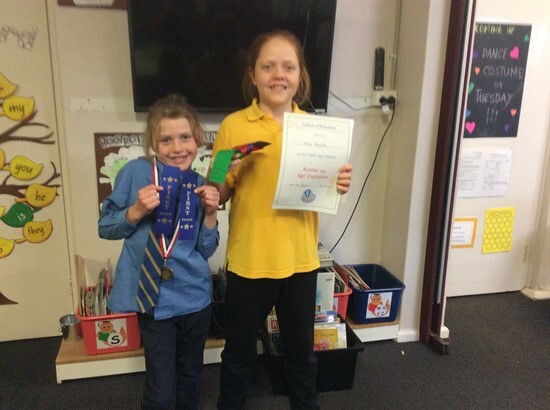 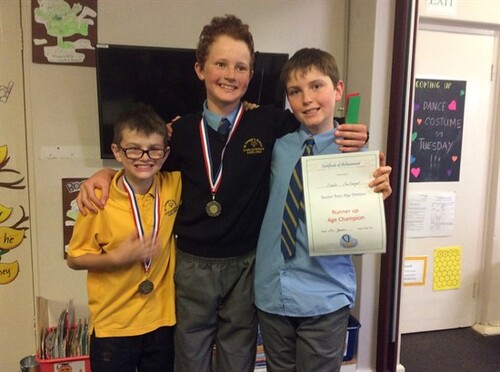 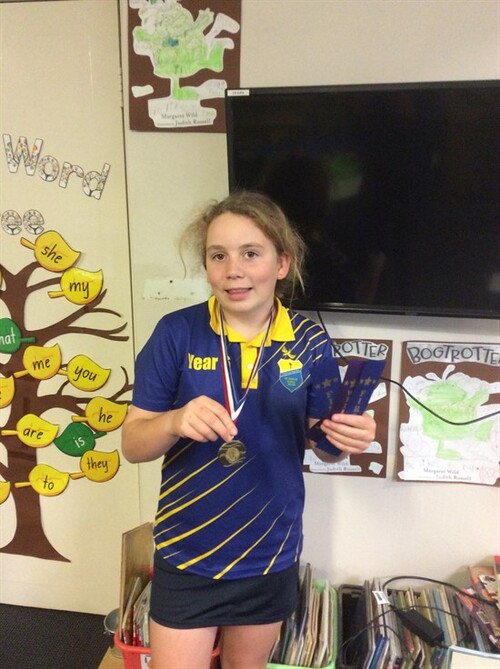 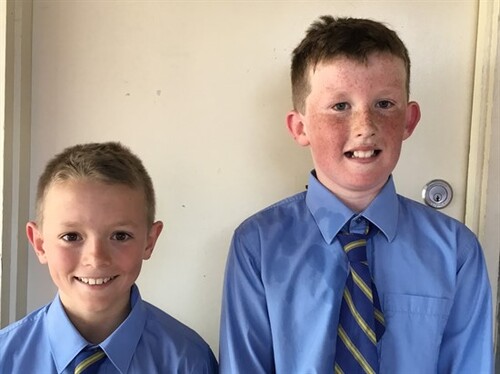 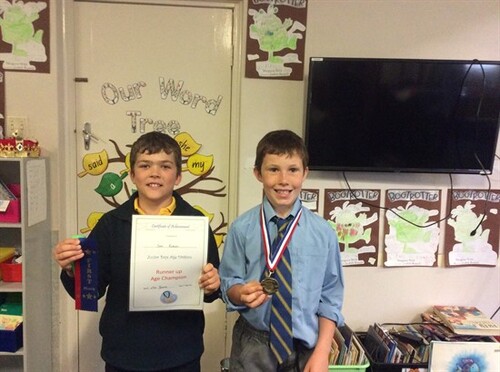 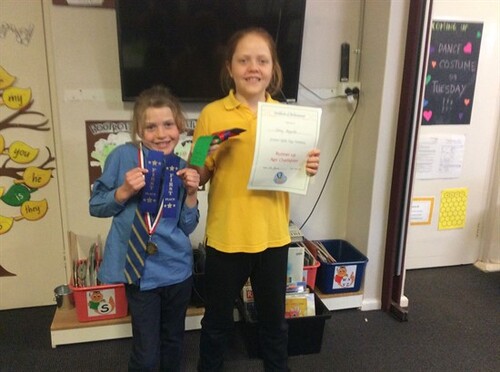 Welcome to our Year 2/3 news.  Our learning has been ranging from writing amazing stories about magical crystals to an autobiography including our dreams for the future.  Our mathematics has involved daily counting and quick mentals as well as investigation into fractions and how they work in our lives.  In our reading groups we have read many different books and the Busy Bees are ‘busy’ with their reading circle activities.  Many students in Year 2/3 are using their great reading skills to learn about natural materials in our community and world. 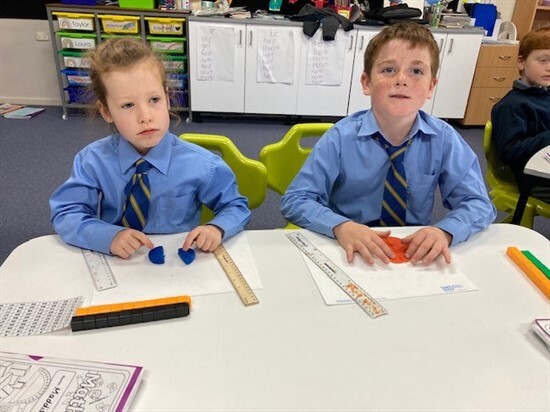 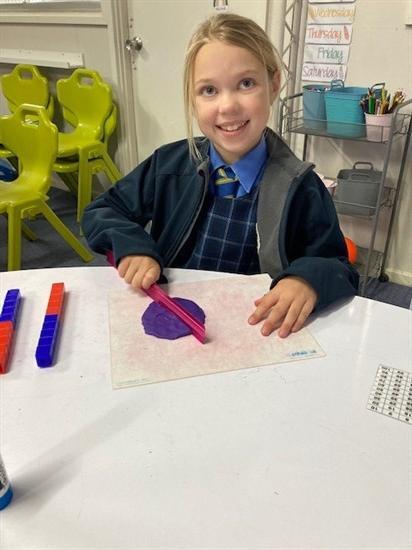 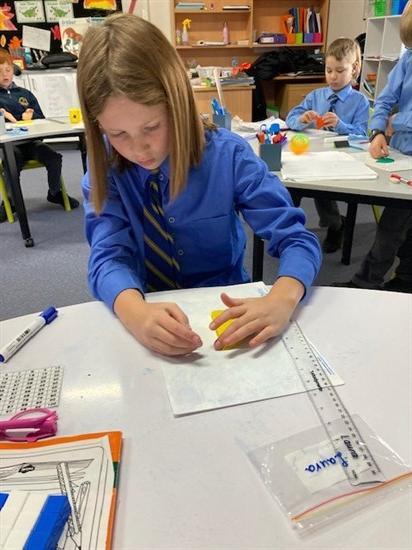 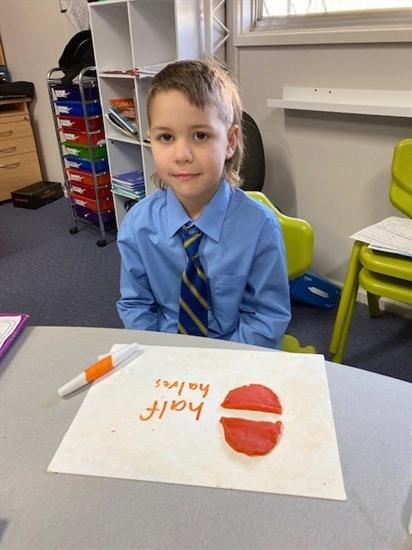 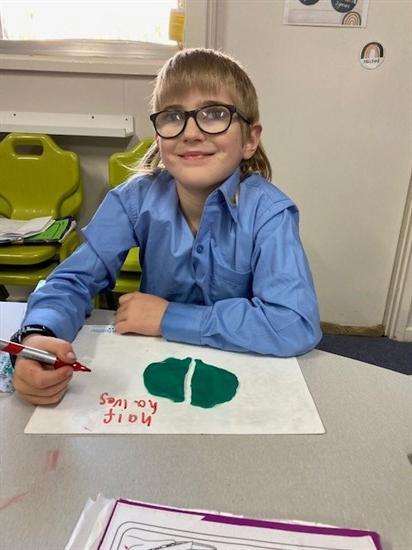 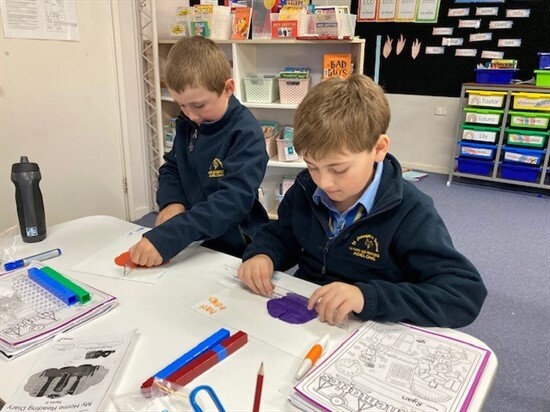 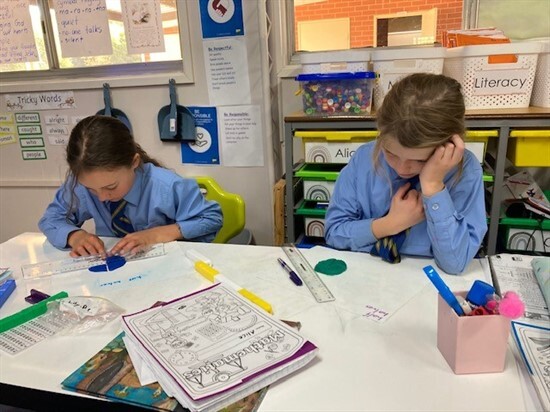 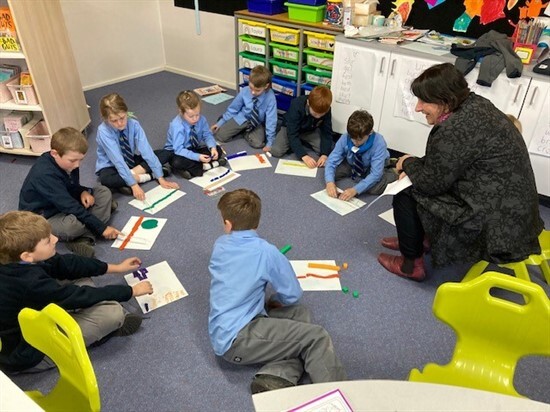 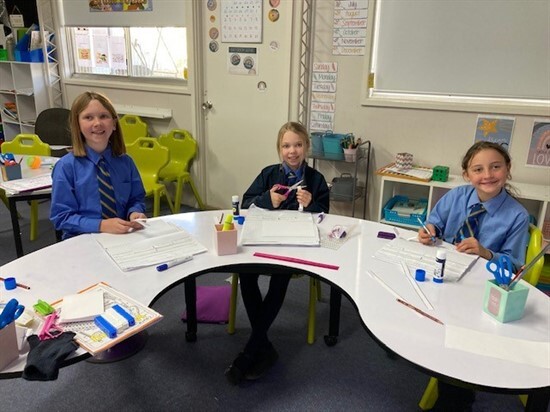 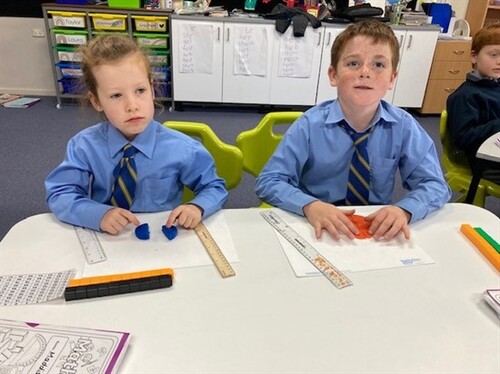 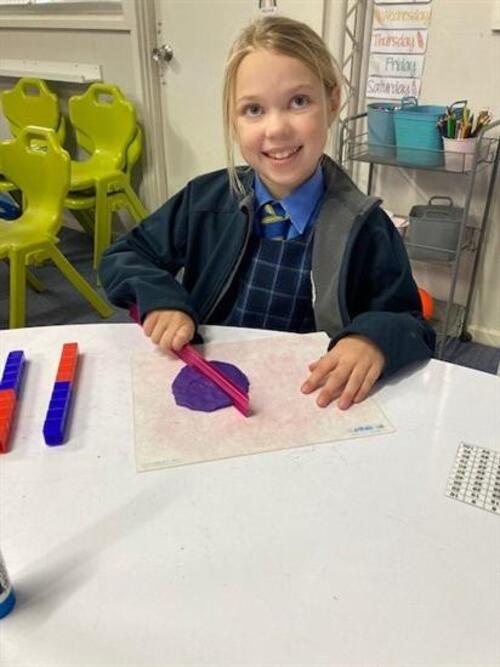 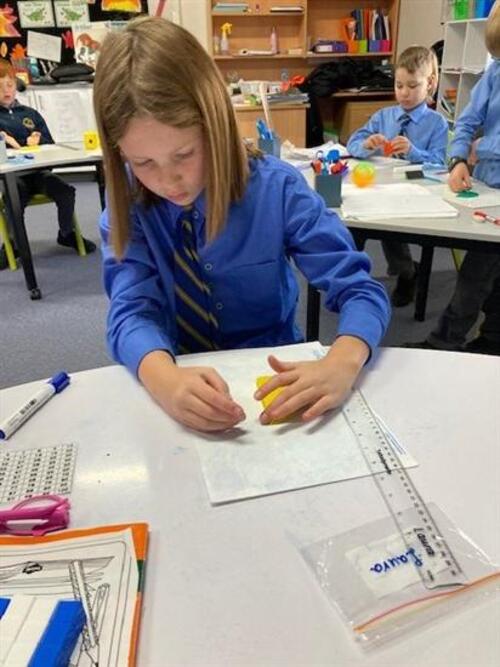 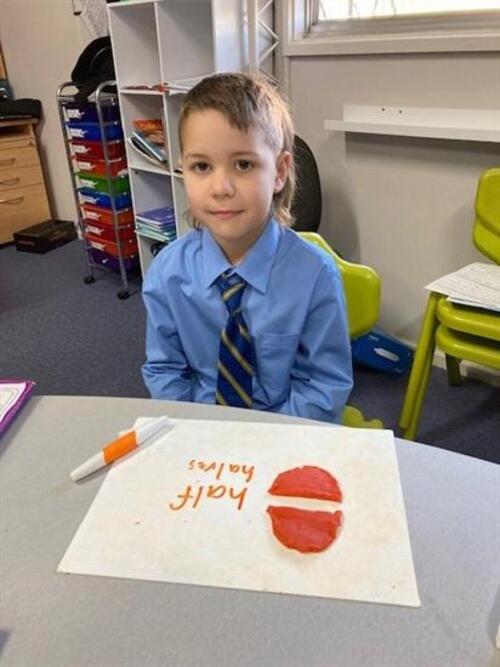 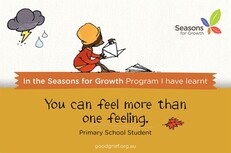 Key benefits of children completing the Season for Growth Children and Young People's program are:

As a result, children say they: 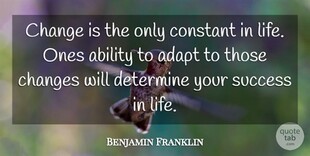 Parents are welcome to the performances:

(please do not buy anything, please use clothes you already have at home).

Read More
The next Community Council meeting is now scheduled for Tuesday 15 June.